Canada legalized marijuana on October 17th, 2018. Canadians across the nation rejoiced, and started lining up at the dispensaries that had just opened up.

The joy was short-lived, however, as most quickly ran out of product.

While that situation has more or less rectified itself over the past 8 months, we are facing the same issue with CBD oil in Canada right now.

CBD is currently treated the same way here as marijuana is, and only available through a licensed provider. Like the fiasco we experienced with "legal weed", it is also in very short supply as customers rush to buy as soon as it hits the shelves.

When the Canadian government legalized marijuana, they made a statement that said that other cannabis products such as edibles and concentrates would be legalized approximately one year after marijuana was.

What remains to be seen is exactly what kind of rules and regulations they are going to attach to these products.

Cannabidiol(CBD) is one of the many compounds of the cannabis plant that has recently taken the world by storm.

With claims that it can help with multiple different diseases and disorders, it has been a product that everyone wants to get their hands on and try out for themselves.

CBD is available in a number of different ways. Gummies, skin care, vape juices, and lotions are just some of the things that are available online and in some stores.

Unfortunately for a great number of people, and not just in Canada but the rest of the world as well, CBD oil is not cheap, legal, or easily accessible.

CBD is not psychoactive, meaning it doesn't produce any sort of "high" or "stoned" feeling when consumed. Tetrahydrocannibinol(THC) is another of the compounds in the cannabis plant that is responsible for that.

Most of the legal CBD available comes strictly from the industrial hemp plant(part of the cannabis family, alongside marijuana). Hemp is naturally very high in CBD content, while being extremely low in THC.

So why then are we facing such legal issues over it? If it doesn't get you high, and comes with all sorts of benefits attached to it, why do we have to wait so long? Why are there people being arrested for it across the globe?

If Cannabis Has So Many Benefits, Why Was It Made Illegal In The First Place?

Marijuana wasn't always illegal. All across the globe, and in many cultures, cannabis goes back a long way as a medical treatment.

Egyptians, Chinese, Middle Easterns, Greeks, and many more used the plant in all sorts of ways. Some of the most popular uses for it was as a painkiller and anesthetic.

From 2900BC to present times, you'll find references to marijuana, and the various ways that it has been used.

Canada was one of the first countries to criminalize marijuana. This happened in 1923, and the United States wouldn't follow suit until 1937.

Before 1923 in Canada, doctors were able to prescribe marijuana for all sorts of reasons, and it was legal to sell in pharmacies and drugstores as long as it was labeled properly and regulated.

That all changed when the prime minister at the time, William Lyon Mackenzie, added marijuana, along with heroin and codeine, to the schedule of restricted drugs.

It took its place among the other restricted drugs that included cocaine, morphine, and opium.

Why did this happen? Early on in the 1920s, one woman, Emily Murphy, wrote a series of articles detailing how opium use was ruining Canadian youths.

Opium at the time was a big problem, and the Canadian government was working to prevent more Chinese immigrants from entering Canada and bringing in more of the drug.

Going on to suggest that young women who were hooked on drugs would sleep with these Chinese and give birth to "mixed race" babies, her articles were one of the things that led to the increased drug awareness in the public and the anti-drug movement that followed.

The exact reason that marijuana was added to the list is not known, and very few records exist on the matter. Murphy also wrote a book on the subject, The Black Candle.

The book only had a small section in it for marijuana, and mostly centered on the opium and cocaine problems that Canada was facing at the time.

Nevertheless, the articles, along with the book, had the effect of causing panic in many. Her views were such that marijuana caused people to become "raving maniacs" and they "are liable to kill or indulge in any sort of violence."

For 40+ years it would remain an immoral, illegal drug that was looked down on with disdain and disgust. 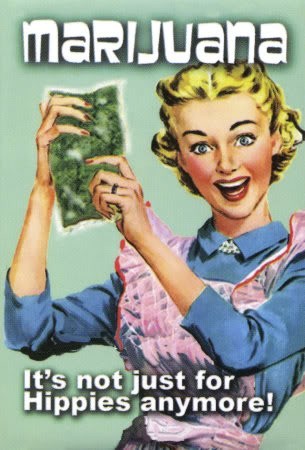 The 60s were a turbulent time, not just for Canada but for our neighbors to the south as well.

In the USA the threat of nuclear war and the assassination of J.F.K. were just one of the reasons thought to be behind the rising popularity of marijuana.

The nation was stressed, and using marijuana was just one of the ways to relieve these feelings, and relax a little.

At that time there were also many who were taking part in anti-establishment and anti-government movements. With marijuana being highly illegal, toking up was seen as just another way to stick it to the man.

Whatever the reason, marijuana became hugely popular and was used by many, regardless of race, age, gender, or social status.

It didn't stop at just smoking it. Anywhere you looked you could see the pot leaf on clothing, backpacks, spray painted on buildings. It became more than just a way to get high, it became a symbol of a revolution. 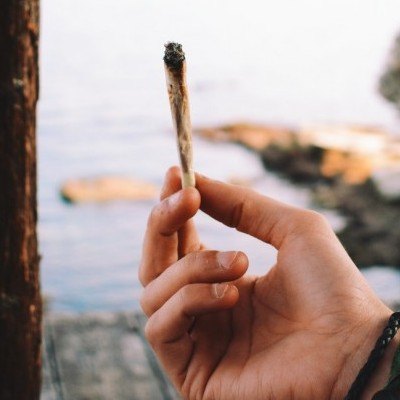 Medical marijuana became legal in Canada in 2001. It was available only by prescription, and only for the most extreme conditions.

People who were able to access this were originally restricted to homegrown marijuana, or straight from Health Canada, but this changed in 2013, and the program and regulations were remanded to reflect a more traditional system.

When elected in 2015, Justin Trudeau made some pretty substantial promises when it came to marijuana. Releasing a 106-page report to the public in December 2016, it detailed various recommendations when it came to the legalization of the plant.

It was to remain controlled, and only available through licensed providers, and grown only from those with licenses as well.

New laws, with stricter enforcement and penalties were to come into play regarding the sale to minors, impaired driving, and those selling with no license to do so.

The new laws came into effect on October 17, 2018, and marijuana in Canada was legalized for recreational use.

There are many that state that Trudeau's promise for legalization during his campaign for prime minister was the deciding factor that won him the election.

An unprecedented amount of youth turned out to vote, and the numbers suggest that it wasn't coincidental.

CBD oil in Canada still remains in the same class as marijuana, in that it can only come from a licensed provider.

The laws surrounding this are set to change at some point later on this year, but it remains unclear as to just what those laws and regulations will entail. One thing is certain, much stricter policies on it are going to be enforced.

While one can obtain CBD from sources other than these licensed providers, the industry is currently not regulated at all.

There are plenty of companies out there that jumped on the CBD bandwagon, and are producing products that are not organic, and as this report details, contain no CBD at all.

Always ensure that you're doing your research and following these guidelines before you buy.

Many CBD Companies Are Backing Away 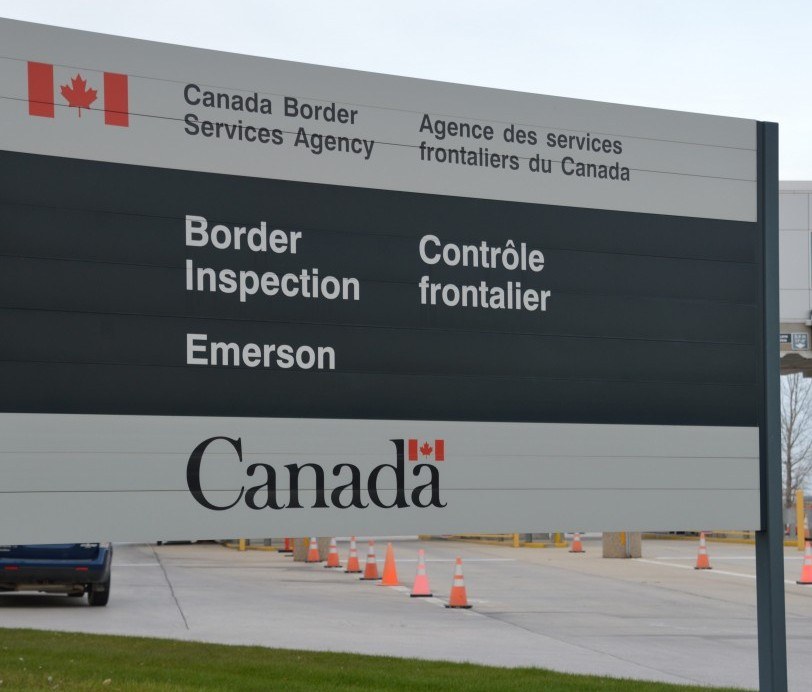 Up until recently, quite a few of the most popular names in the CBD industry were available in Canada. This has become more of a challenge as Canadian border security has more strictly started enforcing the laws.

With packages being seized, or sitting in limbo, it has led to a lot of tension for many of these companies shipping here, and ultimately to the decision to suspend shipping to Canada indefinitely.

Unfortunately for those up north, this doesn't leave a lot of options.

Upon speaking with a few of these companies, we're told that as soon as the laws surrounding CBD up here change, along with border regulations, shipping here will resume.

While that's great news, we still don't have an answer as to when that will be, and with the massive CBD shortage that's happening right now with the licensed providers, people in Canada are struggling to obtain it.

Where Can I Buy CBD Oil In Canada?

This brings us to our next subject, and one that will provide a spark of hope for some Canadians.

Since starting this whole process of educating myself and then others about the benefits of CBD and the impact that it can have on our health, we have been constantly searching for companies that follow only the best growing and manufacturing guidelines.

We've come across many so far, but the majority of these companies are either USA based, with the exception of a few other international companies.

The one area that Canada is seriously behind in is the number of companies that are producing quality CBD products. The US definitely has us beat on this one, and we have a lot of catching up to do.

Check out our top picks for CBD oil in Canada here.

There are still a few international companies that are delivering to Canada, but with the legal situation being what it is right now, and many backing away, you're taking a big risk as to if it's even going to arrive if you do decide to order from outside the country.

Best Online Dispensaries In Canada: Marijuana Delivered To Your Doorstep