Everything You Need To Know About The Endocannabinoid System

Oils, vapes, edibles, and drinks. Cannabidiol(CBD) is everywhere these days, but most people don't have a good understanding of what it actually is and how it can benefit them.

They have even less of an understanding about how CBD oil with THC can help more than just CBD oil alone, or how it works in the Endocannabinoid System.

THC is the compound in the cannabis that gives uses the "high" feeling when they ingest it. Most people when they hear that some CBD oil has THC in it immediately shake their heads and say no, that isn't for me. Understandable reaction, given the stigma behind marijuana in general.

But did you know that THC can have a profound impact on pain, nausea, depression, appetite, cancer treatment etc.?

Probably not, because the image that it tends to bring to mind is very specific, and is associated with being high. Can we say munchies?

Well, hopefully by the end of this article you'll be a little more informed on how THC works in the body, and how, in the right quantities, it can have a huge effect on your health. 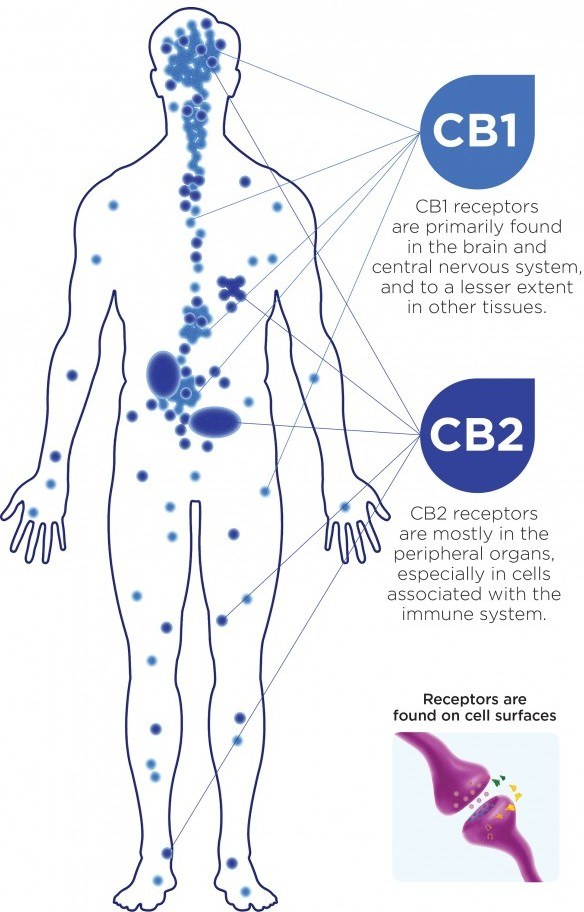 To understand how CBD and THC work in the body, we first need to learn about the Endocannabinoid System.

Up until the early 90s, scientists weren't even aware that this system even existed. When we are talking about a discovery that is this big, it's important to understand just how big it actually is.

The human body has been studied for thousands of years. So how exactly was this entire crucial system undiscovered for so long?

When we are looking at the big picture it is truly mind blowing that something that is being shown to have such a big impact on our health, and the way our bodies function in day to day life, can remain in the dark for so long.

Through research that was initially done on rats, a team of scientists led by Dr. L.A. Matsuda were able to identify a vast network within the human body that was responsible for maintaining homeostasis, or balance, within the body. Discovered while trying to understand THC's effect on the body, the Endocannabinoid System has been described as one of the most important physiologic systems involved in maintaining human health.

How Does The Endocannabinoid System Work?

This system is responsible for maintaining very important functions in the body, including:

The body produces its own cannabinoids as well. The first one that was discovered was Anandamide, and works in the body much like THC does. Called the "bliss molecule", having a lower level of it in the body can cause feelings of decreased happiness, or depression. By introducing THC into the body, it can fill the role that Anandamide plays if you are lacking in this department.

Having an Endocannabinoid deficiency in the body can have all sorts of negative effects on the body, and is thought to be linked to a number of diseases and disorders, such as:

What Receptor Does THC Bind With?

Tetrahydrocannabinol(THC) binds with the CB-1 receptor within the Endocannabinoid System. These receptors are found mainly in the brain, nervous system, lungs, liver, and kidneys.

By binding with these receptors, THC can provide relief in many ways. Some of the highlights of THC are:

You probably weren't expecting all that, were you? After all, isn't it only used to get you high?

The reality is that this couldn't be farther from the truth. The unfortunate downside to THC is the psychoactive properties that do come along with it. When you take too much of it, this can cause anxiety, paranoia, increased heart rate, and panic in some users.

But when you have just a little of THC in your system, you can avoid these side effects, and still get the potential benefits from it.

Ingesting THC when you have a mental illness such as schizophrenia, or other psychosis disorders, can also be harmful. Using cannabis if you are at risk for any psychosis related disorder(genetic), can actually bring on the disorder, even if you've shown no signs or symptoms previously. If any disorder of this type runs in your family, it may be wise to avoid THC altogether.

What Receptor Does CBD Bind With?

Cannabidiol(CBD) binds with the CB-2 receptor within the Endocannabinoid System. These receptors are located in different parts of the body than CB-1 receptors, and are found mainly in the immune system, spleen, and gastrointestinal system.

CBD is being shown to have a number of powerful effects, some of which are:

These are just a few of the ways that CBD can help within the body. There are many more, and we will be discussing each in further articles.

The Role of THC In CBD Oil - Full Spectrum Matters

So now that we have a better idea of how the Endocannabinoid System works, and the positive effects that THC can have, we get a better sense of its role when you're looking at CBD oil.

Choosing a CBD oil that is Full Spectrum, and contains trace amounts of THC, can offer greater benefits than just CBD alone.

These benefits, when the different parts are working together as a whole, are described as the "Entourage Effect".

Hemp derived CBD oil is naturally very low in THC, and is what is legally available on the market today(depending on where you are in the world, some countries do not allow THC or CBD at all).

At these levels, 0.3% THC or less, there is absolutely no chance whatsoever of any psychoactive effects occurring.

Of course, this isn't always an option for some people. Even at very low levels, THC can be detected through drug screening. If you are one of these people, it is extremely important to know what exactly is in your CBD oil, and whether it is Full Spectrum, or an Isolate or Broad Spectrum, both which contain zero THC.

Having clear, concise lab reports and testing conducted by a third party company is an absolute must when you are looking to buy CBD oil. Failure to follow these guidelines could land you in trouble with your employer, or other organization that is doing the testing.

Your Body, Your Choice 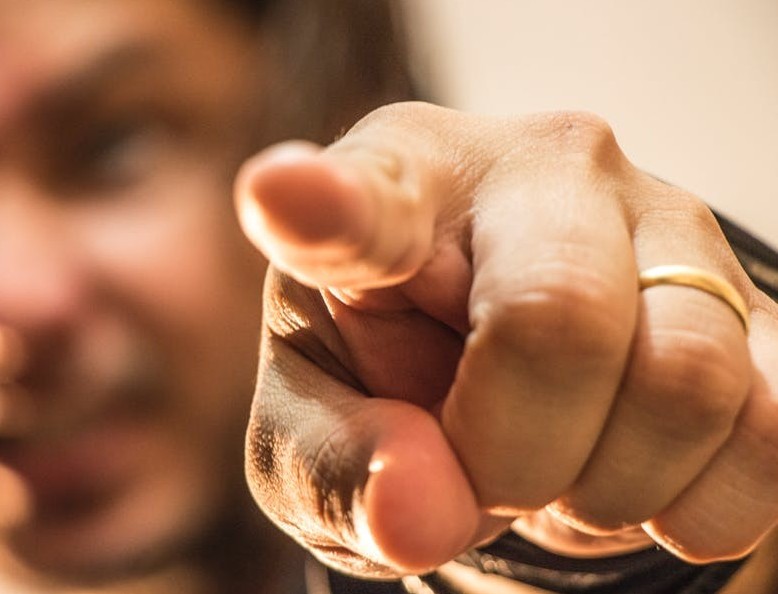 Ultimately it is up to you to decide which route you want to take when you start with CBD oil. Educate yourself on the different types, this way you can make an informed decision.

The benefits of THC and CBD are many, and vast amounts of research are being done right now. Incredible breakthroughs in cannabinoid research have been made over the past few decades, and many more are sure to come.