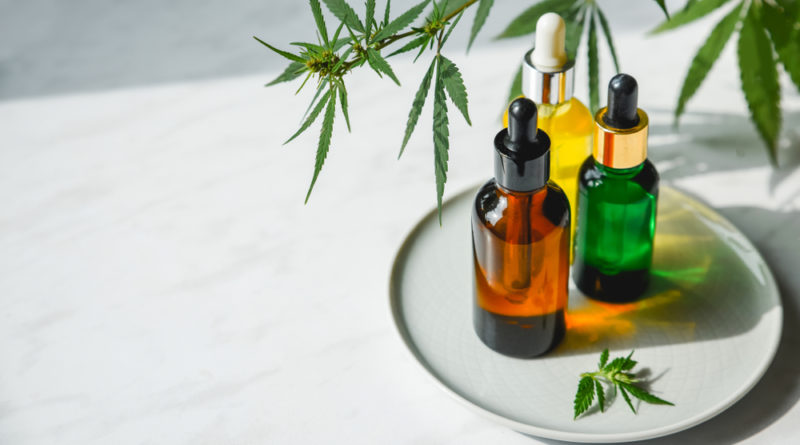 What Is Full Spectrum Oil? The Benefits Of The Entourage Effect

As you dive deeper into the education side of CBD, there are a few terms you should become familiar with.

One of the questions asked most often - What is Full Spectrum Oil?

Full Spectrum is the term that refers to whole plant CBD extracts. It's precisely how it sounds - the whole plant is used, and contains everything beneficial that it has to offer.

This includes not only CBD, but many other cannabinoids found in the hemp plant, terpenes, minerals and nutrients, flavonoids, etc.

Studies have shown that Full Spectrum CBD oil outshine Isolate products, which are just CBD and nothing more.

But why is this? If CBD is the compound responsible for all of the benefits we're seeing through research, isn't that the only thing we need?

No, and it's largely due to something called the Entourage Effect, which we'll expand on in a little bit here.

In this article we go into detail on exactly how Full Spectrum oil and extracts work, and why they are considered the superior option over Isolate products.

First, let's take a look at CBD and where it comes from.

CBD (cannabidiol) can come from either hemp or marijuana. While they are both classified as cannabis, they are very different in terms of effects and cannabinoid content.

The industrial hemp plant is naturally high in CBD, and low in THC(tetrahydrocannabinol). This makes it ideal for making CBD oil and other CBD products.

THC is the compound in cannabis that is responsible for the "high" that you experience when ingesting it.

Unlike THC, CBD is non-intoxicating, and won't produce any mind altering effects.

Because it doesn't come along with any sort of high, CBD is not addictive, and has in fact been shown to help treat some other addictions.

Hemp derived CBD oil is legal in all of the US and many other counties around the globe as long as it contains 0.3% THC or less.

Marijuana on the other hand, is very high in THC, with the CBD content being relatively low.

The vast majority of people who are interested in using CBD to treat their health concerns aren't looking to get stoned in the process.

Marijuana is also only legal in certain parts of the world, making CBD oil from these sources illegal due to the high THC content.

The majority of the world's CBD oil comes from the industrial hemp plant.

The many Aspects of Full Spectrum Oil

There's a lot going on in Full Spectrum CBD oil. Everything in it has its own unique benefits that you may not have even be aware of up to this point.

Cannabinoids are the chemical compounds in cannabis that provide relief from a number of different symptoms and health issues, such as pain, anxiety, and inflammation.

While we are most familiar with the terms CBD and THC, mainly because they are the most studied, there are a number of other cannabinoids that are being shown to have benefits as well.

Cannabigerol (CBG) - This cannabinoid is the "pre-cursor" to CBDA, THCA, and CBCA. These are CBD, THC, and CBC in their acid forms, before decarboxylation.

While generally presenting in lower amounts, growers are experimenting with cross breeding different strains to increase the amounts of CBG.

CBG is showing promise in cancer research, and may also be able to help with depression, appetite stimulation, IBS, and inflammation.

Cannabichromene (CBC) - This powerful cannabinoid doesn't get much attention, though it should for a few different reasons.

CBC binds with the transient receptor potential ankyrin 1 (TRPA1), and also the vanilloid receptor 1 (TRPV1). Both of these are linked to the body's pain perception, which makes CBC very exciting for future research into pain management options.

Cannabinol (CBN) - One of the biggest things that many articles go over in conjunction with CBN is its sedating effects.

Research into whether or not CBN can make you sleepy actually tends to say it doesn't, and that it's the other terpenes and compounds in the plant that is responsible for this effect.

CBN is however, one of the cannabinoids in hemp that in large amounts will increase the euphoric effects of THC, which in turn may make you drowsy.

CBN may also be able to help with inflammation, glaucoma, appetite stimulation, and as a neuroprotectant.

Tetrahydrocannabinol (THC) - One of the most widely studied cannabinoids, THC not only produces psychoactive effects on the user, but has many promising benefits.

Research into THC shows that it has cancer fighting properties, can provide pain relief, stimulate appetite, relieve nausea, and much more.

These are the four big ones, and as more research is conducted into cannabis, more information on other cannabinoids will emerge.

To date, there have been over 100 different cannabinoids identified, now it's time to learn about them!

Just like cannabinoids, there have been over 100 different terpenes identified in the cannabis plant.

Terpenes are the fragrant oils within plants that give them their distinct scent and flavor profiles. They don't just taste and smell good though, they have a number of reported health benefits as well.

Depending on the strain used to create Full Spectrum oil, it will have varying levels of different terpenes in it.

Different terpenes produce different effects in the body, and also help to enhance the effects of other terpenes and cannabinoids.

Depending on the effects that you're after you may want to choose an oil that is higher in some terpenes and lower in others.

Myrcene, for example, has sedative properties, while Terpinolene has more uplifting effects.

Check out this article for detailed information on the most popular terpenes and their effects.

Cannabinoids and terpenes tend to behave differently in the presence of others. Some mitigate effects, while others boost them.

The term Entourage Effect is used to describe the synergistic effects of all of the compounds in cannabis/hemp when used together.

The many different compounds work to boost each each other, providing greater effects than any one single compound alone.

For example, CBD is well known for it's ability to counteract some of the more negative side effects of THC, such as the anxiety it produces in some users.

On the flip side of that, CBD helps to enhance the pain killing properties of THC, making the two of them a great combination.

There are lots of interactions that happen in this manner, and many studies have been conducted showing Full Spectrum extracts to be more effective than those made with Isolate.

This 2005 study conducted in Jerusalem shows that test subjects experienced higher levels of relief with Full Spectrum CBD than those treated with an Isolated CBD compound.

An incredibly detailed examination, this study by Dr. Ethan Russo goes into great detail on the potential synergistic effects of cannabinoids and terpenes.

Another great paper published in 2017 in Advances in Pharmocology provides solid insight into the use of  Full Spectrum CBD over Isolate products.

This detailed 2012 paper from Therapeutic Advances in Psychopharmacology explores the different effects of cannabinoids on one another.

All in all, the research points strongly to the use of Full Spectrum CBD oil in order to obtain the most possible benefits from the plant.

Despite this, caution is needed in concerns to anyone who is drug tested through work or other means. The traces of THC in Full Spectrum Oil is low, but over time can build up in the fat cells of the body and cause a fail.

CBD Isolate and Broad Spectrum CBD products both have ND(non-detectable) levels of THC, and are an ideal choice for consumers who are tested.

Click here for the next article in the series, where we explore Broad Spectrum CBD.

4 thoughts on “What Is Full Spectrum Oil? The Benefits Of The Entourage Effect”