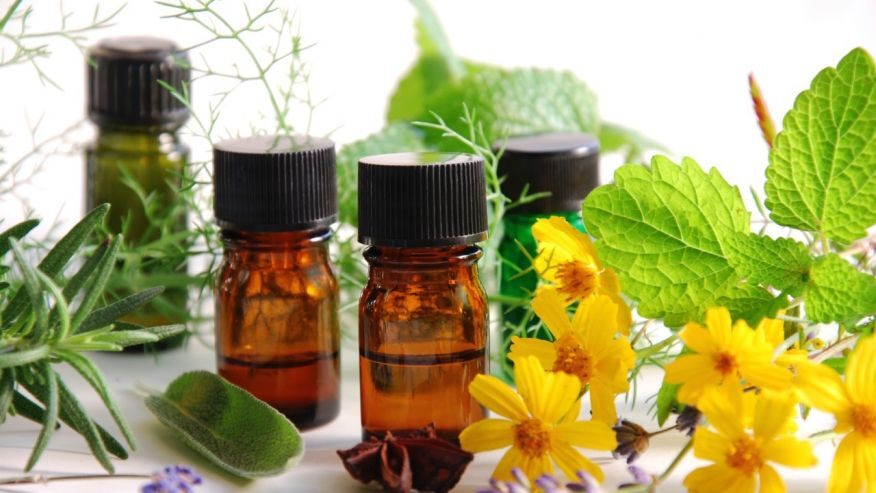 Cannabis has one of the most arguably recognizable scents in the world. Crack open a bag and the whole room can smell it. Light up and walk into a bar 20 minutes later and yeah, we know you’ve been smoking the reefer. 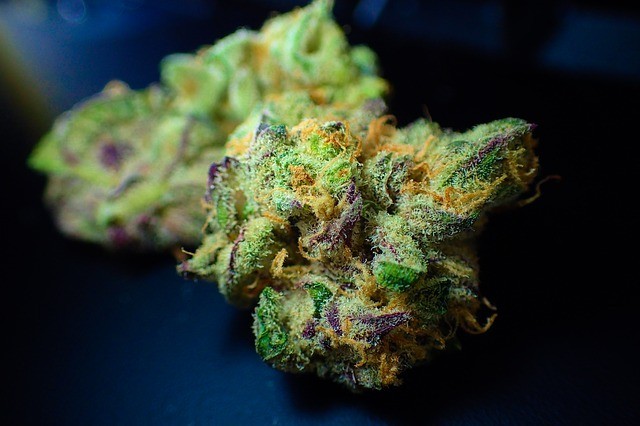 The aroma behind cannabis comes from the terpenes within it, and to date there are over 100 different terpenes that have been identified in the cannabis plant. Some promote relaxation and better sleep, while others tend to make you more focused, or alert.

Each different cannabis terpene has its own profile, and not all strains have every single terpene in it.

The market has been flooded with essential oils over the past few years. And terpenes are essentially that. They are a diverse class of organic compounds that a number of plants, and some insects, produce. Terpenes are fragrant oils within the cannabis, and have a vast range of different scents and flavors to them. 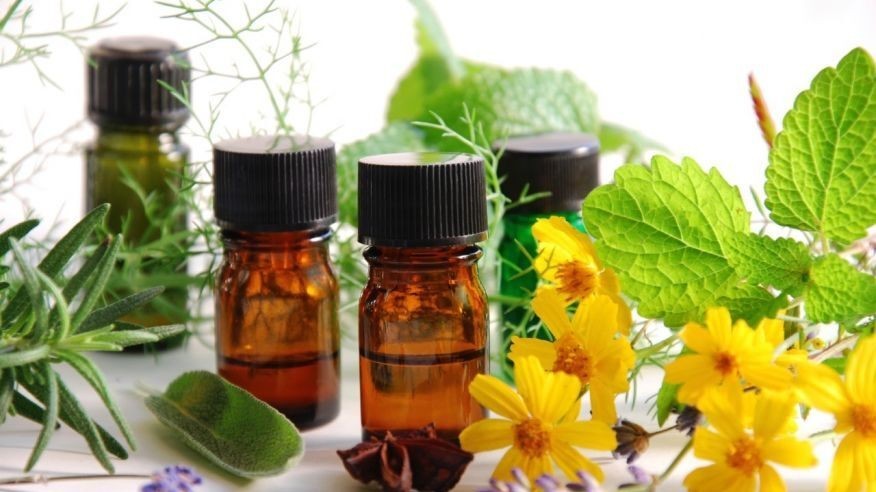 Strong smelling plants have developed these terpenes over the time to ward off potential predators. Many things can influence the terpenes being produced, including the soil that the plant is grown in, the growth stage it is in, the weather, etc.

Terpenes have a number of different health benefits, and are an important thing to consider when you’re looking at different types of cannabis, or CBD oils.

While there hasn’t been much focus on this aspect with CBD oils yet, more and more companies are starting to test for these terpenes in their oils. There are even companies that just sell terpenes on their own, that you can add to whatever you like.

Depending on what effect you are looking for, you may want to choose cannabis strains with different terpenes. For instance, Myrcene is highly sedating, while Alpha-Pinene may make you feel more alert.

Terpenes also contribute to the “Entourage Effect”, and can directly impact the high you get from ingesting cannabis by interacting with THC. They work synergistically with the other compounds in the plant to boost their effects, or in some cases tone them down.

Each terpene has unique benefits, and we’ve outlined the most common ones here for you. 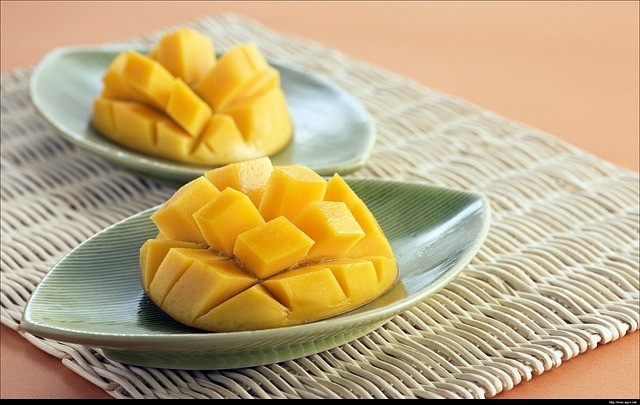 Myrcene is a highly desirable terpene that can be found in many different herbs, plants, and fruits. Some common places that you’ll find this terpene outside of cannabis is hops, thyme, basil, and lemongrass.

Mangoes also have high concentrations of myrcene, and is worth mentioning that eating this before you ingest cannabis can increase its absorption rate and the effects of the THC. It is also the most common terpene that you will come across in cannabis.

Having sedative properties to it, Myrcene is also noted for its anti-inflammatory and analgesic effects. 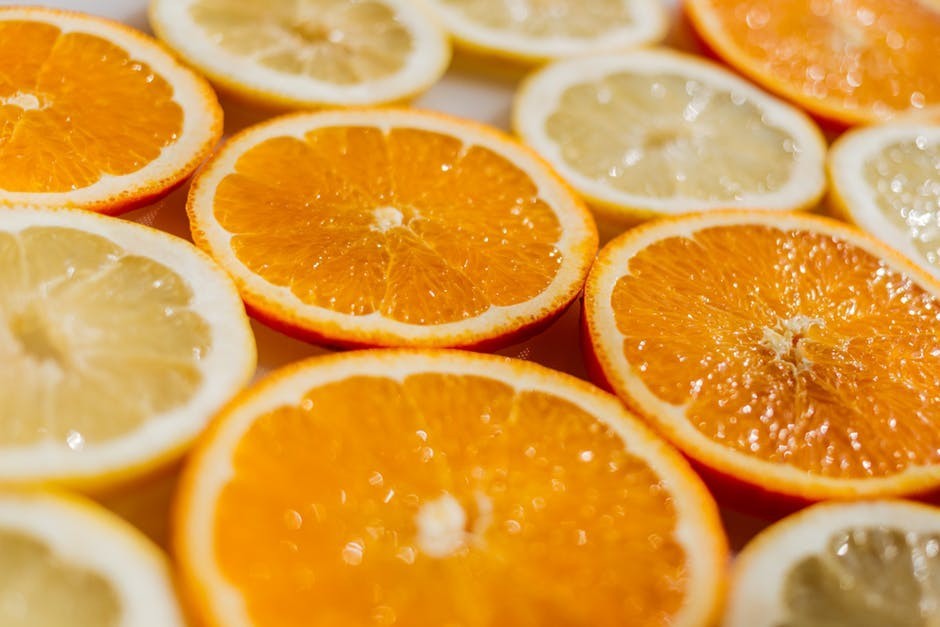 Limonene is a terpene that has strong citrus notes to it, and is widely used in a lot of products. This terpene takes its name from the peel of the lemon, and can be found in cleaning products, flavorings, degreasers, solvents, and in many cosmetic and beauty products.

Found in high concentrations in lemon and orange peels, Limonene can also be found in peppermint and rosemary.

Limonene is one of the most common terpenes and possesses anti-inflammatory, anti-stress, and antioxidant properties. It may also help to fight and prevent some diseases, but more research in this area is needed before this can be stated as absolute fact.

Limonene has the effect of elevating your mood and decreasing stress. 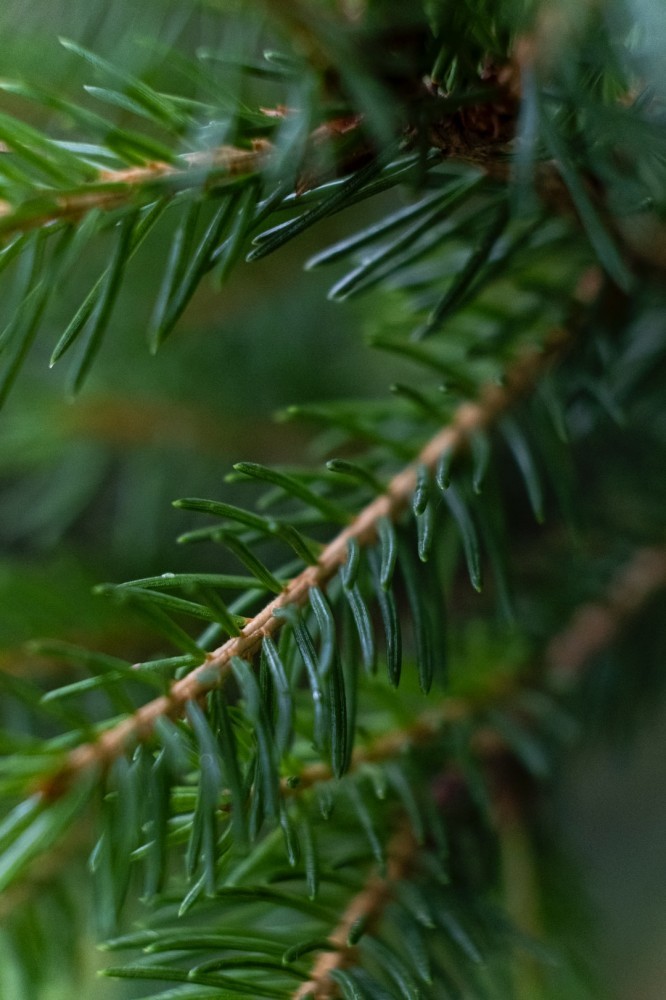 Alpha-Pinene is a terpene that smells strongly of pine. This can be found not only in the needles of the pine tree, but also in turpentine, rosemary, basil, parsley, orange peels, and dill.

Used in all sorts of products, from cleaning to cosmetics, Alpha-Pinene can also be employed as an effective solvent.

This terpene also has a very high bio-availability rate, 60%, and is used as a bronchodilator in humans. It has also been shown to possibly assist with short term memory issues associated with smoking cannabis.

Alpha-Pinene has the effect of making you feel more alert, or focused, and can possibly counteract the effects of THC. 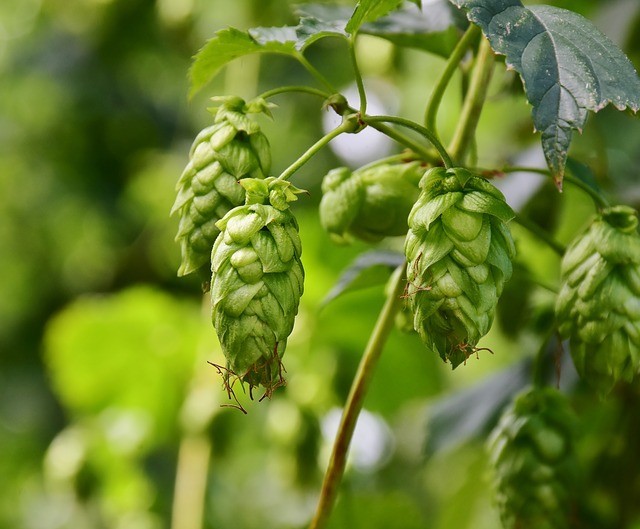 Humulene has distinct woody and earthy notes to it, and can be found in hops, coriander, cloves, and basil. One of the big components to hops is the Humulene within, and is what gives some of the hoppier beers their unique aroma and flavor. It is a fairly common terpene that is found in modest quantities in some strains of cannabis.

Outside of the beverage world, Humulene has been used for ages in Chinese medicine, can be used as a solvent, and can also be found in some topicals used for fighting skin infections.

Humulene exhibits anti-inflammatory and anti-fungal properties, and has some research behind it as a possible cancer fighting terpene. 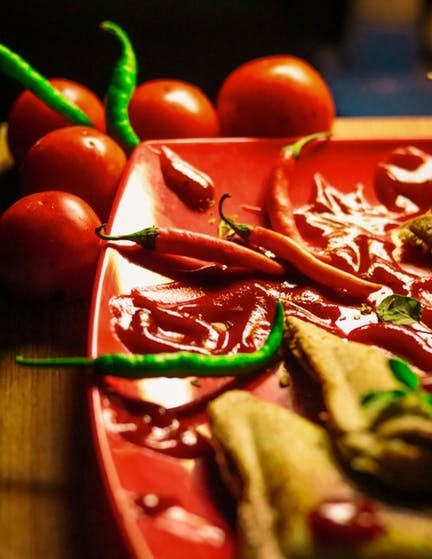 Beta-caryophyllene is a terpene that has been shown as safe to consume in high doses, and is a very common terpene found in many different strains in large amounts. You can find it in cloves, hops, rosemary, cinnamon, and is a main contributor to the spiciness and aroma of black pepper.

Used in many different dietary aspects, Beta-Caryophyllene has an impressive amount of benefits to it, especially in terms of pain relief, inflammation, and depression. It may also have the ability to treat ulcers. One of the biggest things it has going for it is that is a non-cannabinoid that has the ability to activate cannabinoid receptors.

This terpene has a stress relieving aspect to it when consumed, and tends to work harmoniously with Humulene. 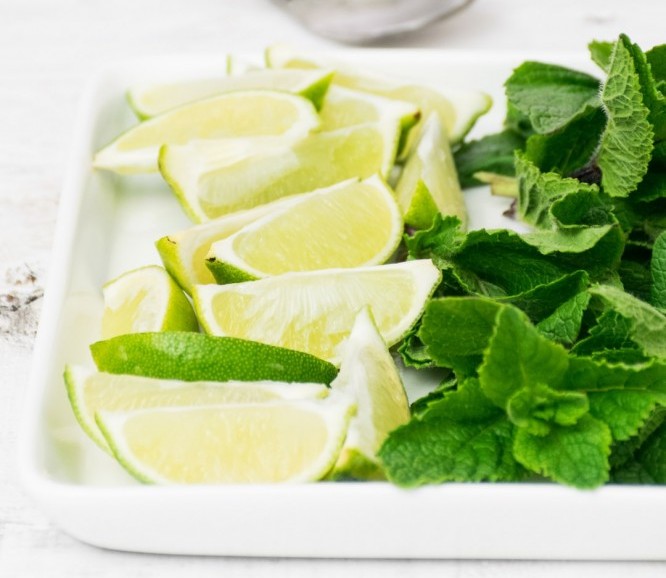 Commonly found in the fragrance industry, Ocimene has sweet, earthy, floral notes to it, with a touch of citrus. This is a terpene that you’ll see in a number of different plants, including hops, mangoes, basil, pepper, orchids, bergamot.

While there is some minor evidence of Ocimene as an anti-inflammatory, its primary benefits are in its anti-fungal and anti-bacterial properties. It can also be used as an insecticide, many pests tend to steer clear of any plant that is high in this terpene.

This particular terpene can have an uplifting effect to it. 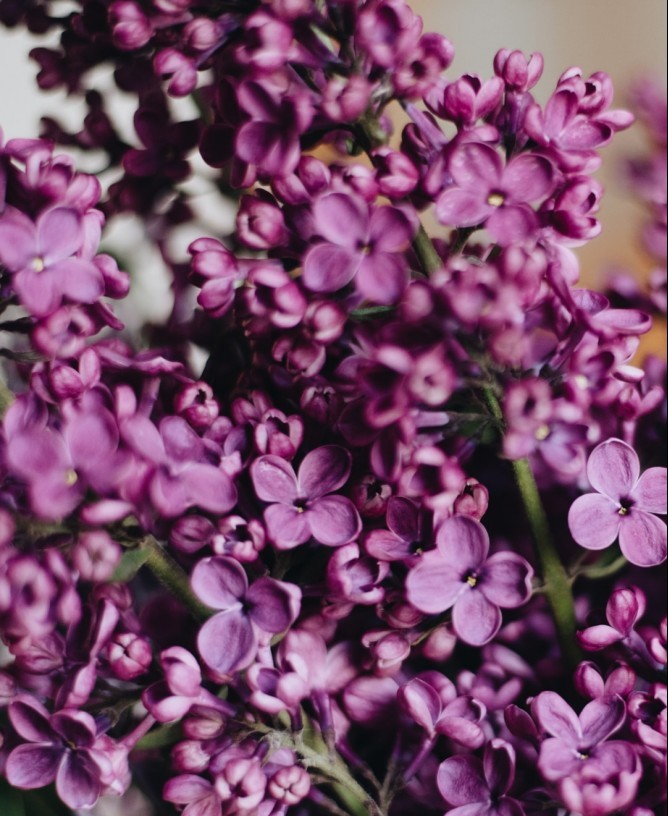 Terpinolene, while common in quite a few strains of cannabis, is also the terpene that has the lowest levels. Just because the amounts might be low, it still has a host of benefits that come along with it, and is thought to contribute to the Entourage Effect, and has an impact on how other terpenes and cannabinoids behave.

Terpinolene has a range of different scents to it, and is floral, earthy, and piney in nature. You can find this terpene in apples, lilacs, cumin, nutmeg, and tea tree. Popular in a lot of soaps and perfumes, Terpinolene has a sedating effect to it. 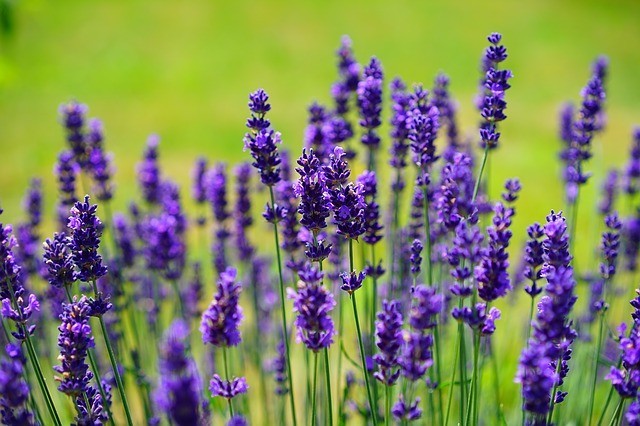 Linalool has a highly floral scent to it, and is used in a large percentage of scented hygiene products(60-80%). Its uses don’t stop there however, and you can find this fragrant terpene in many different applications due to its anti-depressant, anti-anxiety, and neuroprotective properties.

Linalool is found in over 200 different species of plants, and is prominent in lavender, clary sage, patchouli, sweet basil, and many, many more.

This terpene has a sedating, mood-enhancing effect to it.

The Future Of Terpenes 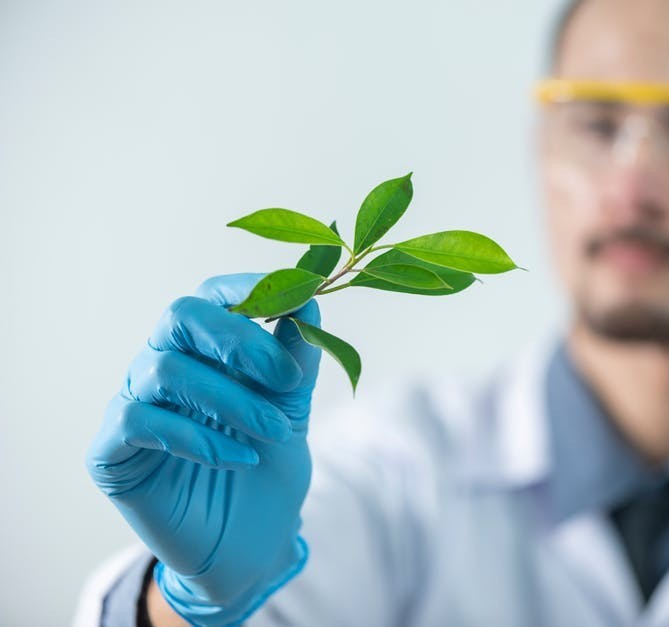 As mentioned above, terpene testing hasn’t been really explored by a lot of the CBD companies yet, but terpene popularity is certainly on the rise. With over 100 different terpenes to be explored and researched, the possibilities are endless when it comes to the different strains and blends available.

As the future of the CBD industry unfolds there is sure to be a spotlight on the brands that are including this information to better help you make an informed decision when it comes to the product you’re choosing.

Mallory is a mom of two. as well as the main content writer and owner of CBD Handle. She has been a consumer advocate and CBD user since 2018, and strives to relay accurate, easy to understand information and to educate others on the health benefits of CBD.

Sign up today for CBD tips, exclusive deals, giveaway alerts, and much more from