What Are Shrooms? Exploring Psilocybin 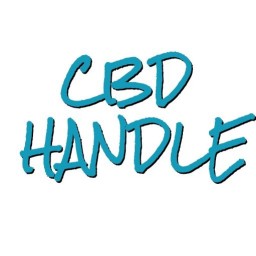 Over the past few years there have been many advancements in the medical field when it comes to natural substances that are beneficial for mental health disorders.

One of these advancements is the study of Psilocybin.

It goes by many names - boomers, lazers, caps, and of course, magic mushrooms. But what are shrooms? Where do they come from, and what effects do they have on the mind and body?

Shrooms is one of the slang terms for Psilocybin, a hallucinogenic substance that stems from certain mushrooms.

Psilocybin, when ingested, is converted in the body into Psylocin. This is the compound that produces the psychoactive effects.

When taken, psilocybin can cause euphoric changes in mood and perception, and cause one to hallucinate.

While hallucinations are common, it doesn't always happen. Instead it may change the way you view, or perceive, the objects or people in your environment.

Psilocybin works by activating the serotonin receptors in your brain. Serotonin is known as the "happy" chemical, and effects your mood, happiness, and perception.

The majority of users take psilocybin recreationally, but recent studies show that they may have a profound mental health benefits, especially in areas of addiction and depression.

Where does psilocybin come from?

Psylocibin comes from mushrooms that grow naturally in the wild.

They are similar in appearance to some poisonous mushrooms that when eaten, can be fatal.

Psilocybin mushrooms are generally brown or tan, with varying cap sizes and shapes, and long stems.

Psilocybin mushrooms are generally brown or tan, with varying cap sizes and shapes, and long stems.

Extreme caution should be taken when attempting to harvest magic mushrooms in the wild. Hiring a guide to show you where and what to pick is preferable, there are also books with descriptions and pictures to help you tell the differences between the types.

Shrooms can be grown at home as well. Magic mushroom growing kits are available online and come with everything you need to get started on your psilocybin journey.

What side effects does psilocybin have?

Ingesting shrooms can have both positive and negative effects. It is important to understand the changes that you may experience, both mentally and physically, before taking the drug.

The amount you take, your experience with the drug, the particular strain, and your mindset will all have an impact on the effects of psilocybin.

Some users may want an intense high, while others take psilocybin for slight effects and changes to their mood.

Studies have shown that taking psilocybin can have long lasting, positive impacts on your mental well being.

Results of a 2011 study by Roland R. Griffiths showed that the majority of participants experienced positive changes in mood, attitude, and behavior, and these effects extended well over a year.

Studies from the Beckley Foundation show that controlled ingestion of psilocybin have long lasting positive effects on patients suffering from treatment resistant depression.

Not everyone who ingests mushrooms will experience all of the side effects listed below, and you may experience some of them one time, and have a completely different "trip" the next.

The mindset that you start off in is crucial. Because of the hallucinogenic effects and distorted perception that may occur, going in to this in a bad state of mind, or being anxious and worried, is setting yourself up for disaster.

This is known as a "bad trip".

Having a bad trip can be very scary and unpleasant. Dealing with frightening hallucinations and overwhelming fear and paranoia can also lead to accidents.

There is no solid evidence that supports any one thing or another leading to a bad trip, and the experience is subjective to the user.

Some things that can increase your chances of having a bad trip are combining psilocybin with other drugs or alcohol.

It is best to only take psilocybin in a controlled, safe environment, with people that you feel comfortable and at ease with.

How long do the effects of psilocybin last?

While the majority of user reported experiences say that it can last anywhere from 3-12 hours, there are a few things that influence how long the effects of psilocybin will last.

The species of mushroom

There are many different strains available, some strains will naturally have higher concentrations of psilocybin than others.

How much you ingest will have an impact on the length of time the effects will last.

With widely varying psilocybin levels in the different strains, 1 gram of one type may have the same effects as 4 grams of another.

State of the mushroom

The effects will differ depending on whether the mushrooms are fresh or dried. Dried mushrooms are typically 10 times as concentrated as fresh.

If you're brewing your shrooms in a tea, the effects will start to kick in sooner than if you are ingesting them whole.

Psilocybin generally starts to kick in within 20-40 minutes of ingesting it, though in some cases it can take up to two hours.

On average, the effects tend to last for 3-6 hours, with the first few hours being the most intense.

This time frame is relative to the dose ingested. Users who only take a very small amount may not experience anything other then a sense of relaxation and euphoria, with the effects wearing off within a few hours.

A much larger dose will take a longer time to wear off, and some effects may still be felt the next day, or even in the days following that.

One major effect that the majority of users experience when taking magic mushrooms is the distortion or slowing of time.

This effect can make it feel like your trip is lasting a lot longer than it actually is.

Some people find this really disconcerting, so if it bothers you, feel free to remove the clocks hanging around or cover them up

How do you take shrooms?

Common ways of ingesting shrooms are by steeping them and making a tea, eating them whole, adding them to foods like pizza or truffles, or grinding them up and putting them in capsules.

A popular way to consume shrooms is to soak them in a small quantity of lemon or lime juice, either whole or ground up, and then take the whole "shot" at once.

Make no mistake, magic mushrooms do not taste good. If you're squeamish or have a weak stomach, consider going the way of capsules or try to disguise the flavor in other foods with strong flavors.

Psilocybin will start to break down if exposed to excessive heat. Always add the shrooms after the cooking process is complete.

Psilocybin is not generally considered to be physically addictive or cause dependence.

Due to the intense psychoactive nature of the drug, the effects that one experiences may actually limit the use of psilocybin.

The human body also builds up a tolerance to psilocybin very quickly. People who use magic mushrooms repeatedly over a few days require increasingly higher doses to achieve any sort of high.

While psilocybin may not come with any physical dependence or addiction, there is still potential for abuse, due to the euphoric or enlightening nature of the psilocybin trip.

Abusing psilocybin can also cause what's called cross-tolerance. This will cause one to have a higher tolerance of drugs such as LSD and mescaline.

Psilocybin and psilocin are both Schedule lll drugs under Canada's Controlled Drugs and Substances Act(CDSA).

This means any activity such as sale, production, or possession of these substances are illegal unless authorized for clinical trial or research.

Both dried and fresh psilocybin mushrooms are illegal to sell and purchase, however, you can legally purchase at home grow kits and spores.

Other countries in the world have varying laws and "degrees" of legality when it comes to possessing the substance.

In the US it is considered a Schedule l drug, which means it has no currently accepted medical use and a high potential for abuse, despite evidence to the contrary.

In Japan, many get around the laws surrounding psilocybin due to a loophole, which details the prohibition of the substance, but not of the actual mushroom itself.

It's definitely a legal grey area, which many activists are pushing to change here in Canada.

Can you overdose on psilocybin?

While caution should be taken when ingesting any substance, magic mushrooms are considered one of the safest drugs you can take.

The average dose for users is around 2 grams, though this of course depends on your previous experience and the strain itself.

Overdose on shrooms is definitely possible however, and can be very unpleasant.

Death from a psilocybin overdose is extremely rare however, and 2016's Global Drug Study showed that out of 12,000 users, only 0.2% required emergency medical treatment.

Signs of a psilocybin overdose include:

A big risk when taking magic mushrooms is actually just the mushroom itself, and not the psilocybin. Some types of poisonous mushrooms resemble psilocybin mushrooms, and can also cause hallucinations.

Other risks when taking psilocybin is getting shrooms that have been laced with other drugs such as PCP, LSD, or other drugs.

If you do decide to take magic mushrooms, make sure you're getting it from a reputable source.

Can I mix shrooms with other drugs?

It is not recommended to mix psilocybin mushrooms with other drugs. It can end up magnifying the effects of both drugs, and increases your risk of a bad trip, or other complications.

One question that's come up from users recently with the CBD craze is if you can mix those two together. You, can, just make sure you're getting the CBD from a company that does lab testing on their products.

Where can you buy psilocybin in Canada?

Much in the way that marijuana dispensaries were operating in Canada before it was legalized, we are now starting to see the same thing with magic mushrooms.

Numerous psilocybin dispensaries have popped up over the past few years, and they offer many different ways in which you can take shrooms.

Some are reputable, some are not. Take your time in looking at each company and do your research on them to make sure you're getting a safe product.

Getting it from a good company online rather than off the street minimizes the risk you're taking when ingesting psilocybin.

View our list of the best places to buy psilocybin mushrooms online in Canada here.

Want to know more? Check out these articles


What Is Myrcene? Benefits, Effects & Uses


How To Use CBD Capsules – Guide To Dosing & Benefits