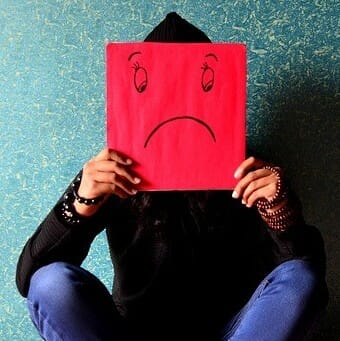 A sense of dread. A racing heartbeat. Feeling nervous or tense for no reason. These are just some of the symptoms that people who suffer from the many anxiety disorders out there go through every day.

While some anxiety in a person's life is normal, even healthy, being in a constant state of anxiety can have serious negative effects on your life, and your health.

An estimated 40 million people in the United States alone are suffering from anxiety, and the number is on the rise. The actual amount being treated for it is only a mere 37%.

For someone who doesn't go through what these people do, it can be hard to understand it. When you're on the outside looking in you may think that the person is just worrying needlessly, but it can be an absolute nightmare to deal with on a day to day basis.

Don't get it confused with fear though. Fear is a response to a real or perceived immediate threat, while anxiety involves the fear of a future threat.

Anxiety is also considered a group of mental disorders caused in part by exaggerated feelings of anxiety and fear responses.

Depression tends to go hand in hand with anxiety. Nearly half of all people who suffer from depression also suffer from some sort of anxiety disorder.

According to adaa.org, the leading cause of disability worldwide is depression. This is a huge issue that millions are dealing with around the globe.

Can you use CBD oil for anxiety and depression? The answer to this lies within the Endocannabinoid System, but before we get there, let's understand these two disorders a little better.

A Closer Look At Anxiety 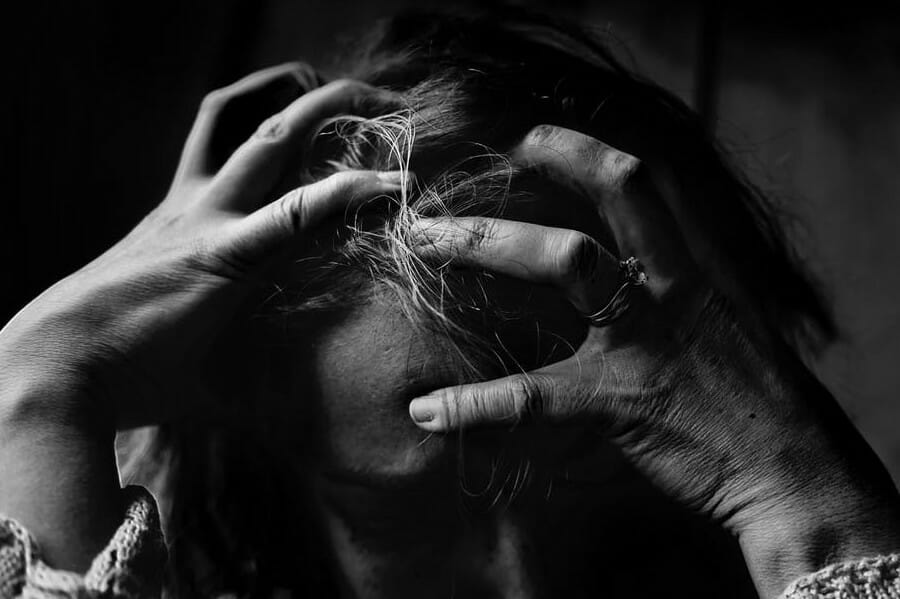 Anxiety disorders can be incredibly complex, and can stem from many factors.

There are many causes for anxiety, and what affects one person may not affect another the same way.

Women are twice as likely to develop an anxiety disorder than men, and at an earlier age. Scientists believe it is a result of different brain chemistry in women that is the cause for this, and certain hormone sensitivity plays a role.

Some people develop anxiety at a very young age, while with others it doesn't manifest until they are much older.

Some common symptoms of anxiety are:

Not all anxiety is the same. As there are numerous causes and symptoms of anxiety, there are also a number of different disorders:

These are just a few of the ways in which anxiety can rear its head. There are many, many more anxiety disorders.

It's important to realize that people who are suffering from anxiety do not have any control over it. If it were just as easy as telling yourself to get over it, we wouldn't be dealing with such a widespread issue.

Anxiety is highly treatable, and is usually managed with the help of prescription medications. Unfortunately, a lot of these meds may cause negative side effects, such as addiction, memory loss, drowsiness, sleep issues, sexual problems, and weight gain.

For some, the side effects are worse than the actual disorder.

A Closer Look At Depression 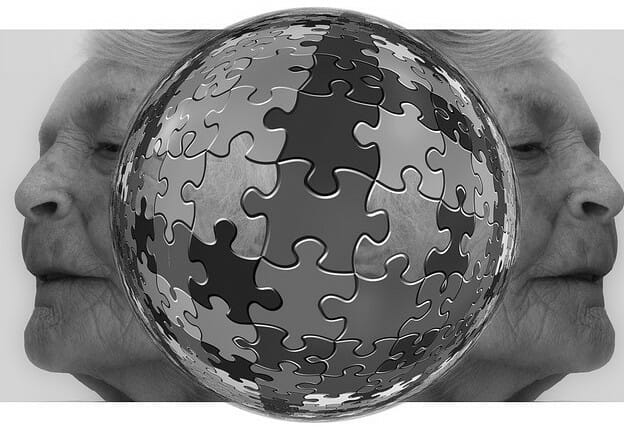 Depression has been said to be linked to a chemical imbalance in the brain, but it is actually much more complex than that.

Like anxiety, there are multiple different causes for it. Some of them, like genetics, stress, and outside triggering events, are similar to the causes for anxiety, and the two are well intertwined.

Research into depression has revealed three key areas in which the brain is affected by the disorder.

All three of these areas of the brain are closely intertwined. How the nerves work in these regions, how many nerve endings are present, and the ability to produce new growth have a direct impact when dealing with depression.

Anti-depressants can work to increase the number of neurotransmitters in the brain, and "fill the gap" in the paths along which these transmitters travel.

Research is being done to see whether medications that directly involve repairing and strengthening these pathways can have an effect on depression.

Some common symptoms of depression are:

Hormones also play a direct role in depression, and women are more likely than men to be affected. Because depression is so closely related to chemical imbalance, it is highly treatable with medications.

In the same way as with anxiety meds though, some of these can have long term negative effects to them as well. 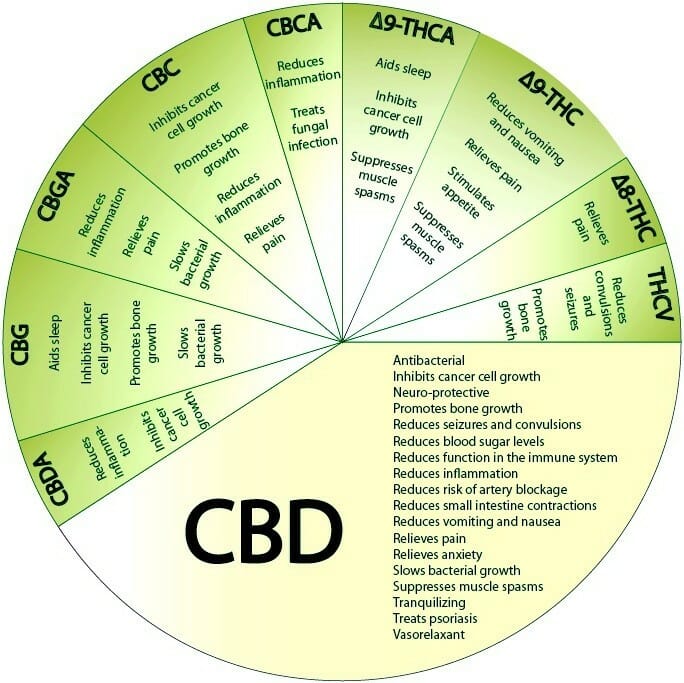 Cannabidiol(CBD), and tetrahydrocannibinol(THC), are two of the over 100 cannabinoids that are present within the marijuana and hemp plants.

These cannabinoids work by binding to certain receptors that are located all throughout the body, in the Endocannabinoid System.

CBD binds to CB-2 receptors, which are concentrated mainly in the immune, spleen, and gastrointestinal systems within the body.

THC binds to CB-1 receptors, which are located mainly in the brain, lungs, nervous system, and kidneys.

Both of these cannabinoids can be used when looking to treat anxiety and depression.

The Endocannabinoid System is responsible for maintaining a whole host of bodily functions, some of which include mood, memory, appetite, motor function, sleep, reproduction system, and much more.

The human body naturally produces its own cannabinoids as well. The most studied one, Anandamide, has been called the "bliss molecule", and is responsible for regulating mood and happiness.

Having an endocannabinoid deficiency can directly impact the way you feel and function in your life. Adding in Full Spectrum CBD can play a big part in boosting the bodies own cannabinoids.

Inflammation, while once though to be a beneficial part of healing, and which is the bodies natural reaction to injury, is now thought to be linked to a vast number of diseases and disorders, including anxiety and depression.

CBD is a potent anti-inflammatory, and has shown great results in treating a wide number of anxiety and depression disorders.

It has been shown to stimulate brain receptors and help regulate the system, and is highly adaptable in regard to adjusting what it needs to in order to bring your body back into homeostasis, or balance within the body. 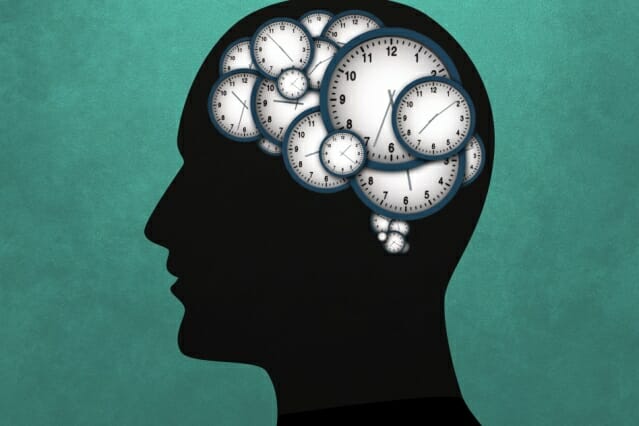 One important thing to remember here is that this process of bringing the body back into homeostasis, or correcting a chemical imbalance, is not instantaneous.

Many people who start taking CBD oil expect the results to happen immediately, but it takes time for the system to adapt, and make the necessary changes within itself to provide relief.

For people that are expecting these quick results, and are not experiencing them, often give up and stop taking it believing that it is doing them no good.

While some do experience immediate relief, it can take upwards of a month in some cases for the effects to start being noticeable.

What Effects Can Anxiety And Depression Have On Health? 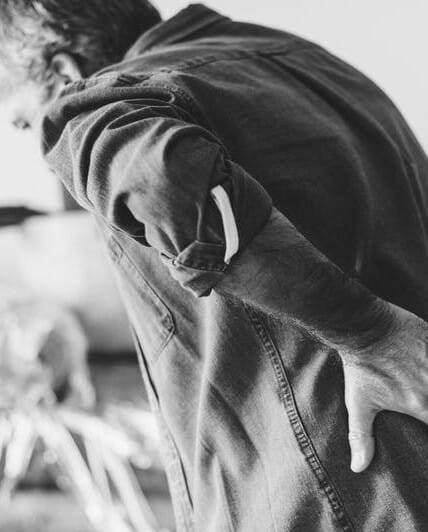 These disorders can have a huge effect on your mental and physical well-being. Dealing with a constant amount of stress in your life has been linked to increased risk of heart disease, respiratory disorders, gastrointestinal issues, and mental illness.

Going back to the fact that only 37% of people are currently seeking treatment for this, it is crucial that you reach out for help for the sake of your long term health.

Both of these disorders can be managed, regardless of if you want to do it naturally, or by medication.

Please talk to your doctor or mental health professional if you believe you are suffering from either anxiety or depression.

How Much CBD Do I Need To Take? 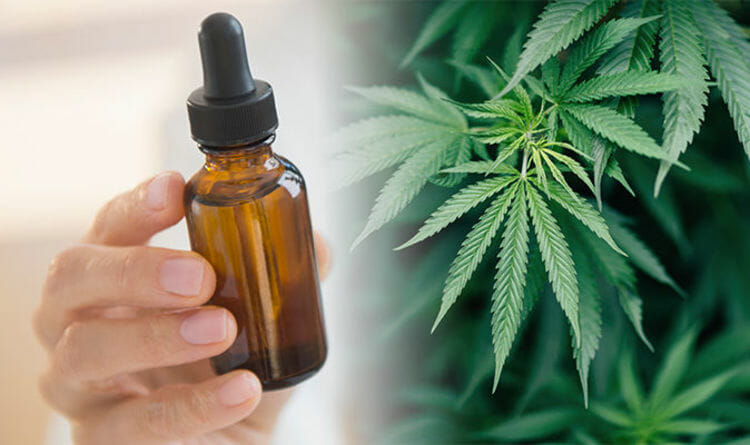 This answer is going to be different for everyone. No one person's chemical makeup is the same, and the dosage will vary widely from one to the next.

There are many different strengths available on the market today, ranging from very small(25mg), to very large(5000mg).

A good rule of thumb to follow when first adding in CBD, is to start out at a very low dose, and increase from there depending on how your body is reacting to it.

While the vast majority of people experience no side effects whatsoever, there are a few to watch out for, especially if you are just starting it:

Again, these are things to watch for, but CBD has been shown to be extremely well tolerated in humans, even at very high doses.

It's all about finding the right dose that is going to effectively work for you. The only way to do this is to experiment with different amounts.

There are many ways that you can take CBD, such as taking a sublingual oil, vaping it, gummies, or other edibles and capsules. Choose the one that is going to best for your lifestyle, and be sure to read up on the bioavailability rate for each.

CBD has also been shown to interact with some medications, mainly ones that are processed in the liver. Be sure to talk to your doctor before adding it into your routine if you are on any medications currently. 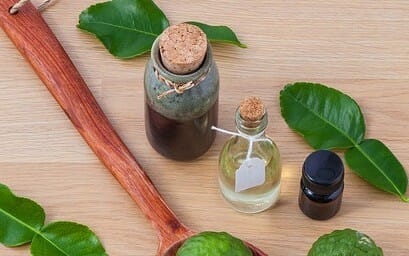 Many factors come into play when deciding on whether or not to treat these disorders with CBD oil.

It is up to you to weigh the pros and cons of medications vs. natural approaches. There is still much that is unknown about the Endocannabinoid System, and the role that the cannabis plant has in treating disease, but promising research has already been done in these areas, and more is being conducted every day.

Much in the same way that some medications work for one person and not the next, it can be said for CBD as well. The only way you'll know is to try it for yourself.

The Endocannabinoid System – All About Those Receptors

CBD Oil With THC – Will It Get Me High?

Mallory is a mom of two. as well as the main content writer and owner of CBD Handle. She has been a consumer advocate and CBD user since 2018, and strives to relay accurate, easy to understand information and to educate others on the health benefits of CBD.

18 thoughts on “CBD Oil For Anxiety And Depression – Does It Help?”

Sign up today for CBD tips, exclusive deals, giveaway alerts, and much more from